There is not a lack of jobs in the world, there’s a lack of leadership. Jobs don’t get made by those pulling leavers in central governments, jobs are made by people, especially those who are able to understand the nature of reality ahead of those around them.

The time has come to share what we have with the wider world. Right now all crypto currencies are centralised, they are centralised because they are specialised and used by a narrow demographic.

This technology is too powerful and too important to keep caged inside niche internet forums.

Whoever Defines Money the Best Will Inherit the Wealth

We are over the moon and quite humbled by the response we got from the wider crypto world on our video which launched last Thursday.

Our hope in making this video was to bring together a mainstream audience together with people in to the crypto space. This technology is amazing and it has huge potential to help many the world over. But this opportunity will be best realised if the diversity of people in our space is broader.

The community funded video has received over 1,300 views as of today with above average retention from viewers in every continent of the globe

Those who were interviewed on the day showed tremendous courage, many people in this space are afraid to even use their real names on a forum post, let alone put their face on camera for the world to see. We believe accountability and transparency are key to the success of a global currency. Indeed in the words of Julian Assange:

When it came to describing mining we deliberately chose to change the music and the colour tone. Our aim was not to give the lay person a perfect understanding of how the technology worked in a 3 minute video but rather spark their curiosity such that they would want to look more in to it. But mostly to make sure that they got the concept of the Blockchain being a public ledger.

We believe that money itself is being rediscovered, as it has become divorced from its original meaning. But we also believe that its redefinition will not come from a few people but from many, spread out across the world, from diverse cultures each bringing with them a different perspective on the world, because truth is not found in the middle it is found at the edges.

We hope that our videos will reach people the world over and help to raise awareness of the fine work that is going on here on these forums.

The Feathercoin market is back with a major improvements and many bug fixes. Including:

Most noticeable is the built-in escrow system which in my mind makes the market work. 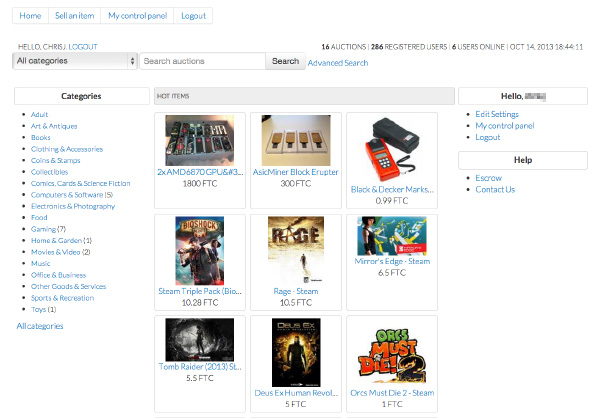 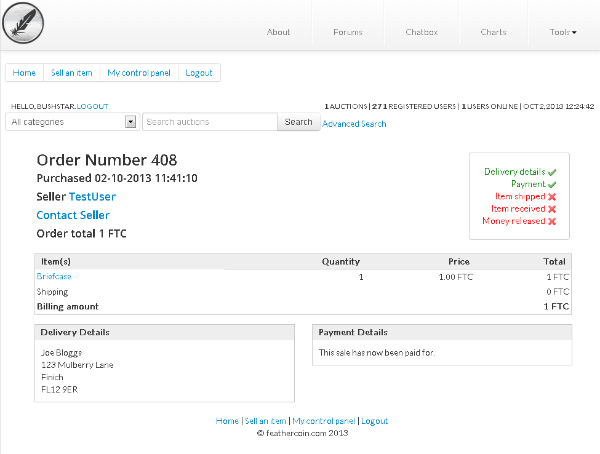 We have already had some interest from merchants, some new to crypto, who want to try selling limited ranges of products to test the market. Including household items and gardening products and eco friendly mining equipment.

I for one am looking forward to my smarties which I bought from @mnstrcck actually before the market was even open. 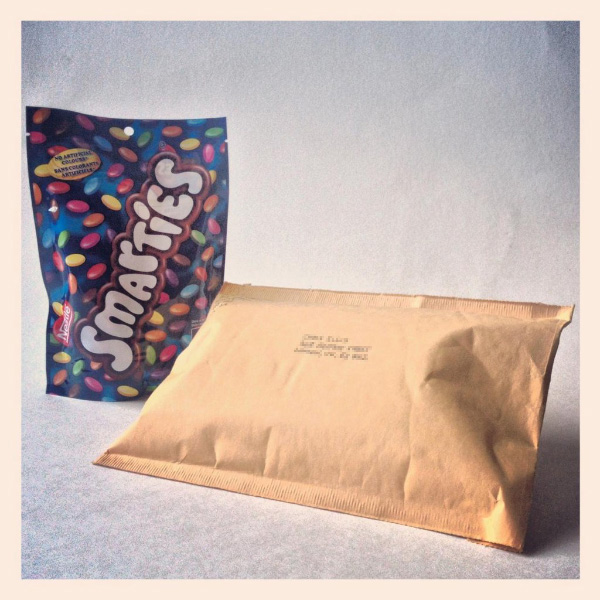 One of the first things you will notice when entering our forum is the responsiveness. The other day @hank dropped by to ask for some help with feathercoinj because he discovered a bug which meant that people could not export their wallet. Unfortunately @hank got hung up on some bugs in his code, but within a few hours of making his post the problem had been solved and the bounty which was awarded to @Kevlar.

As a result any wallets which were exported with older versions of feathercoinj can now be converted back into the correct format and imported into the QT client. This paves the way for future projects which wish to interact with Feathercoin to do so using Mike Hearn’s excellent code base, especially mobile projects like @hank’s Feathercoin wallet for Android devices. A big thank you goes out to both Mike and @hank for making this possible… we’re eagerly looking forward to seeing what he will produce next!

To do this we will need to tell a story that can be understood by everyone and be able to identify the challenges as well being prepared to spread out the work to those best able to complete the task. Helping people to feel part of something bigger than themselves.

We pride ourselves on a our productivity and responsiveness to those who care to join in. We’re still here, we’re growing stronger everyday and we are not going away.

In the words of one of our most eloquent members @Tuck Fheman:

“FTC has something most coins don’t … a will to survive.”

Today special thanks go to @Kevlar, @Bushstar and @Ruthie for their contributions to the newsletter.