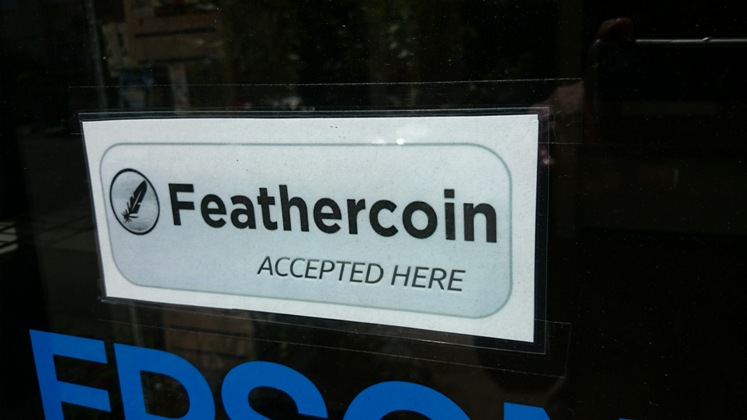 Those who have the courage to concede that the past is now just a memory never to be repeated have already embraced the blockchain. They embrace the notion that it isn’t simply a fad or passing trend, it is a foundation backed by an idea that has such a powerful and universal appeal it captivates anyone who dares to understand it.

Some people have chosen to understand that the old jobs are not coming back and the work that needs to be done now is to understand ourselves in afresh by building the foundations of the new economy and the industries that will grow out of it. I am talking about people who have something to say, who for too long have been drowned out by the noise of a tired old king losing his grip on power.

I got a glimpse of some emerging ‘kings’ of this new era at the Bitcoin Conference in Amsterdam last week.

There’s a fine line between Networking and Notworking. I have always wondered if the industry conference was genuine productivity or just a glorified holiday. You never really know the value of your actions until long after they are committed. One of the interesting themes to come out of the Amsterdam Bitcoin Conference this year was just how a small group of people can gather round an idea from anywhere in the world and create such a rapid growth.

Bitcoin has saved the lives of so many people around the world who felt disenfranchised by the established economy. The self-unemployed who withdrew their labour (even if by no other feat than just checking Facebook all day at their desks). The skills they harness (that they will never brag about on their CV) was just how to avoid the orders from the boss while avoiding the sack.

And these wonderful people all came together in a European city that has itself been the site of many interesting economic events historically.

We kick off with a Philosophy Seminar by Mr Patrick M. Byrne of Overstock.com

The conference was a sell-out with an attendance figure of 1,300 doing the rounds. One of the most prominent comments was just how much larger this one was to last year’s. Everyone stood to watch Jon Matonis introduce Patrick Byrne who gave us all a much needed lesson in the history of economics and philosophy. We dipped our toes in to epistemology, a bit of Hegel and Nietzsche too which ordinarily would be enough to see anyone break out the Facebook stream on their mobile but there wasn’t even a hint of Candycrush to be seen anywhere. This audience was sharp, sophisticated and fully ready to overturn their one previously held assumptions to make way for the new more important lessons.

I was very happy to be here at the invitation of David Bailey from HardBTC.com. We had one of the busiest stalls at the conference with many people eager to check out David’s collection of the last remaining Casascius coins.

I also had the pleasure to attend the State of the Union address from Bitcoin’s chief scientist Gavin Andresen.

Boring is good. Boring means you’re not working on hype, it means your busy building something important

The hall was packed out for this one, it felt like the most anticipated speech in the whole three days and marks the beginning of a new era of leadership not by statesmen but by coders. Remember that Gavin is a programer first and foremost, he has spent as much time at the coalface as anyone working in crypto. This is no politician with speech writers fresh out of Ivy League, he hasn’t got off the phone to Research telling him what to say after the latest round of polls. This guy is the real deal sharing the technical challenges with the citizens and businesses to helping them to understand the opportunities and what they are up against.

Among many of the issues addressed were the impact of ASICs, optimising for larger block sizes and the key insight for me was topic of writing secure code. Andresen said you cannot write secure code unless what you’re securing is valuable. Put differently you couldn’t create Bitcoin in simulator, this is a live high stakes environment for a reason.

At the end of the speech, as people began clapping, a gentleman behind me said of Andresen:
“He’s a safe pair of hands”

The Bitcoin Foundation held their meeting at the end of the event and much was discussed surrounding the controversy and concerns directed at the foundation particularly in terms of its level of transparency and openness. Everyone on the board agreed that resources permitting the foundation should aim to be radically transparent in line with the Blockchain’s core principles.

But one thing that stood out for me was when someone asked if the foundation would consider representing alternative crypto currencies. Gavin remarked that there was nothing in the bylaws that prohibited it and that the only reason it hadn’t been discussed is that most other alt coins were happy to have their own foundations. Other board members echoed the sentiment.

I would love to see the Bitcoin Foundation represent other blockchains, they need to be more transparent and more inclusive. Bitcoin’s most important feature is that it is open-source software (OSS). Being open source means giving up the need for control.

You may remember this picture from last year?

Well I visited there today to find a nice surprise on the window:

So, if you’re looking for a new laptop or any other hardware you can get it there, not only do they accept feathercoin but they have become real enthusiast too, they have 3 mining rigs set up in the shop mining away at feathercoin.

The next feathercoin meet up in the UK is in Birmingham, last year we promised we would try and hold a meet up near you so this is our first stop on the feathercoin UK tour.
We’re meeting on Saturday June 7th from 3pm at All Bar One, Brindley Place, Birmingham.
We’d love to meet with you so hope you can be there.

You can find the last official newsletter here: 1 Year On. Today special thanks go to Chrisj and Ruthie for their contributions to this newsletter.