In a recent interview with The Atlantic Zuckerberg was talking about the work he was doing with US Congress on immigration reform. He made a profound statement on the way decisions are made in government:

“The cynical view is that everything is broken and sucks… My view is that the system is set up to avoid making catastrophic mistakes, and right now the country is really divided, and therefore few things should get done, except for the things that people really agree on”

If we are going to help to redefine money for the new economy the decision making process is vital to our success. Zuckerberg’s insight is that what really matters is being prepared to take long term view and undertake the hard work that nobody else wants to do; even if that means being patient and getting your hands dirty in the process.

And so now I turn to our first task this week: increasing the number and diversity of voices within the Feathercoin project itself…

Feathercoin is as strong as its global reach and the diversity of the people it serves. Local Feathercoin is part of our strategy reach out to the farthest regions of the globe by giving the people this powerful tool to discover and unlock Feathercoin in their local community. 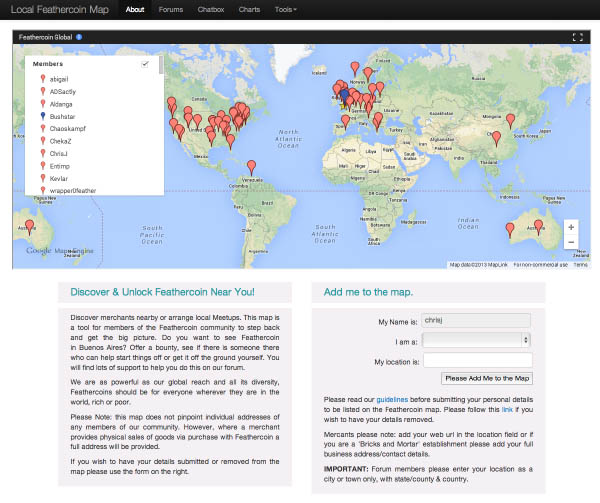 We have already gained some traction in the UK and once we have a workable template in local communities we would like to scale this out across the globe. So why wait? People can even offer bounties for their favourite city on the forum.

Our path to merchant adoption involves reaching out to small local businesses who are currently under represented by the banking system, we have to serve the customers they don’t want because the real wealth in an economy is found in its people. But the number one barrier to entry merchants tell us they have is their ability to exchange FTC for fiat. We are working on this and would be very grateful if anyone could help us match up the short term needs of the merchant with investors willing to take a long term position in our coin.

By taking a step back and looking at the bigger picture we can make sure we are represented by many cultures all over the world. And that’s when the hard work really begins…

There’s a joke in the halls of congress:

Laws are like sausages, everyone enjoys eating them but nobody wants to see them being made.

The Technical Development Board was the brain child of @Kevlar who did a poll on our forum asking for a place for technical discussion only. Much conversation was had about the rules and in the end, after some research and debate, we settled on the guidelines employed by Wikipedia:

This also chimes with Paul Graham’s Hierarchy of Disagreement which states that the best way to tackle an argument is by refuting the central points rather than resorting to attacks on the person. It’s vital that we leave our egos at the door when discussing matters as important as a new global currency. If we are privileged enough to be chosen by the world as one of its new mediums of exchange it will be because we had an open door policy on dialogue ensuring every voice was heard and we were still able to have a drink together afterwards.

What really matters is giving up the need to be right, staying true to the eventual outcome by serving on behalf of the idea itself.

And one of the things that makes this hard work so worth it is the foundation of opportunities it creates for entrepreneurs like @NutNut with Nut2pools who this week has acquired FTCgames and welcomes its founder @UKmark on board. We have spoken about Mark a few times in the past who is also the man behind the SMS Wallet. 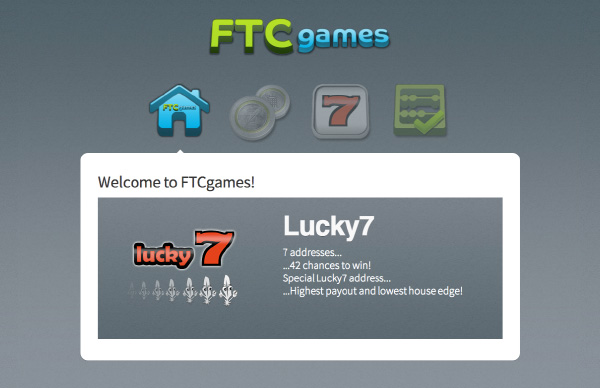 I spoke with @svennand and @Nutnut earlier and they told me:
“We needed to think, what would make Nut2Pools special, how could we evolve further to bring our loyal miners some extra benefits. How could we make Nut2Pools a greater experience for people?”

Mining any crypto currency is a risky business. One of the central tasks of Feathercoin has been to try and establish a loyal mining base. It is their hope that with the help of UKMark they can get mining out to the masses and make it a more enjoyable experience.

Sticking to the topic of mining another aim of our project is to make it easier to mine Feathercoins without dumbing it down or compromising on conceptual integrity.

I am exciting to talk about @ChekaZ on our forum who is working on a Feathercoin GUI Miner which is going to make it much easier to mine Feathercoins without the need for command line. 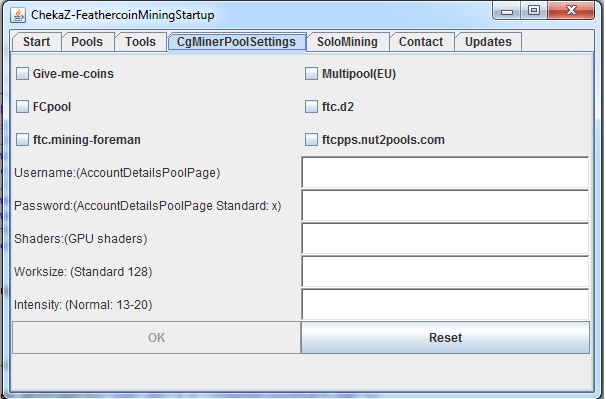 The software requires Java Runtime and is currently in beta. @ChekaZ would love your feedback so download it now at and check it out.

We had some great news this week when the developer behind Reddit’s ALTcointip bot, @vindimy, frequented our forum and told us he would like to include Feathercoin in the list of supported coins on the Reddit forum.

This gets right to the heart of what matters, the gift economy and value for value exchanges in the market place. We spoke last week about the importance of the giving culture and I said that I had hoped to see more efforts like this, I never expected it to be so soon. Long may this continue. 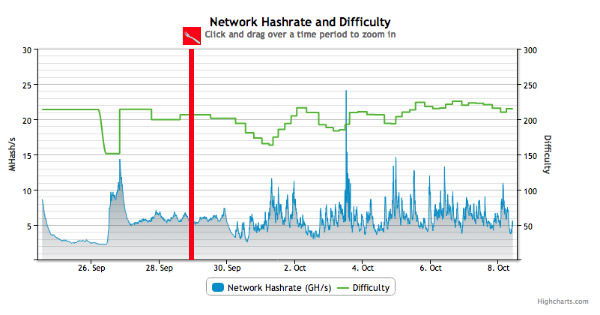 The Feathercoin hard fork has been a success. We can now see that the difficulty reacts to the hashrate in a much more granular way than before. What we find is that when the difficulty goes up after a more profitable period, just-for-profit drop off before the difficulty goes too high and those loyal miners who see the long term benefit of Feathercoin can continue to mine with us without seeing a large drop in their returns. This hard fork was aimed at keeping loyal miners with us and we can see that the hashrate at its lowest is now nearly double what it was before. That’s why I say that this hard fork is a success.

TL;DR – It’s not what you steal but what you do with it

Facebook’s often misquoted motto that is the title of today’s piece is actually a bit longer:

What matters is our willingness to take responsibility for our actions and the things we break, not just to leave them broken but to continually strive to build on and improve them. We are beginning to see a new breed of entrepreneur emerge, one who takes a playful approach in their ventures unwilling to ask for permission and rarely even seeking forgiveness.

A model that doesn’t include is a broken model and we will do a better job of this by reaching out to all cultures across the world. The global banking system should never have become the huge profit centre that it is today; it should be marginally profitable at best. With sites like Nut2Pools the task now is to discover the people who are willing to step up and perform this duty.

A truly great currency should make everyone better off. The global banking network should exist to serve the needs of the many and help the people of this world achieve their dreams.