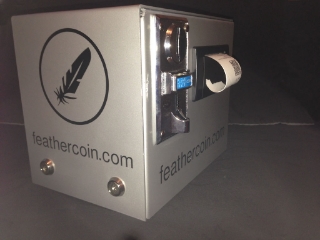 I’m a big fan of Authentic Enthusiasm. It’s about reaching a point in your life where you just understand what makes you unique, you finally realise what it is you are here to learn and have to give. It stands opposed to False Enthusiasm, which is an ego driven excitement. It’s getting caught up in general mood and being carried away by it rather than responding authentically and giving out what is uniquely yours.

When we first get excited about an idea it’s very hard to know whether the idea will still excite us tomorrow or next week. It’s hard to know whether we will be able to keep our energy levels up during the dip. I can’t lie, I don’t have a conclusive answer on how to tell the difference so instead I prefer to keep on learning from the experts who don’t need words to say everything that needs to be said…

It’s been just over 4 weeks in the making, and all started in Kevlar’s post Open Source ATM But its finally finished, or at least this iteration is!

Excuse the photos, but I only have a phone camera here at the moment. The full write up of the finished version available in the Technical Development section of the forum, including all of the information you need to be able to make one of these devices yourself.

The ATM will be making its first appearance at the Oxford Blue this Saturday March 29th 3pm onwards, so bring your £1 coins and watch it in action.

I want to draw your attention towards our one year anniversary, we want your ideas, how do you think we should celebrate?
Its coming up in April, which isn’t that long away, we are having a meet up at The Oxford Blue on April 26th, but want everyone to celebrate together Calem has started a thread for a Global Celebration have your say.

by @Rusty Nash CEO & Co-Founder
Our mission is to increase liquidity, stability and validity to cryptocurrencies by allowing people to spend them as they normally as they can spend fiat. Whilst retailers are still a bit wary of accepting bitcoin, let alone other digital currencies, we are bridging the gap for holders of currencies to spend where they want to. Currently you can spend via pock.io at a plethora of retailers:

We have also just gotten approval to sell Marks & Spencers gift cards (online and instore) bringing another option for the community to grab groceries (as with all the other goodies that M&S sell). We also have very exciting plans for the near future, but you’ll have to follow us on Twitter (@pockiouk) to keep abreast of the features and retailers we will be rolling out. Without saying too much, we have some innovations which should allow an even easier way to spend cryptos as you normally would spend fiat!
MinerX
by @Chekaz


Ready for release under the Alpha testing phase, this simple to use tool should get you up and mining within a couple of minutes. Development work on the project is on-going so let me know if you have any feedback.

All the information can be found here.

Well I know for sure that the Technical Development area is busy as I have barely spoken to Bush in a while, as you know I let the Dev’s get on with what they do but I think they should get a mention for working hard in the background : so thank you, ghostlander, Wellenreiter, wrapper and Bushstar and to all those that have input in the Tech Dev area.

Living life authentically and working towards truth isn’t easy and it’s not something that can easily be put in to words. Over the months I have tried to shape this newsletter in to a platform for those who are authentic, resilient and who push themselves in to new areas of learning and talents. It isn’t really the money we want anyway, it’s each other. And the people who will shape the future will be the heroes, the ones with grit, who turn their whole lives in to works of art, the ones who never stop learning.

You can find the last official newsletter here: Become Who You Want To Be. Today special thanks go to @Uncle_Muddy @Ruthie @Chekaz and @ChrisJ for their contributions to this newsletter.